A congee topped with dried fish and fried peanuts. The aroma of the peanuts in addition to the mild saltiness and sweetness imparted by the dried fish make this congee quite a popular choice. Be sure to ask for Chinese fried dough (油条), also known as youtiao, which is a staple addition to any congee. Note that congee is simply a type of rice porridge. 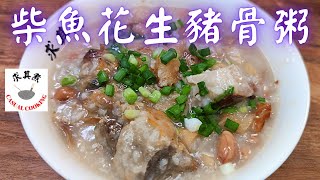 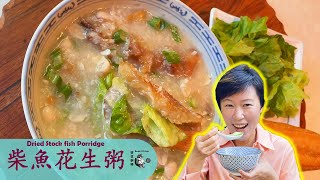 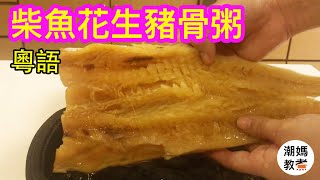 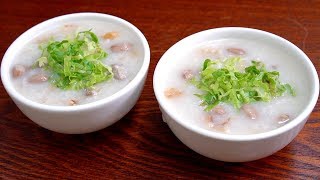 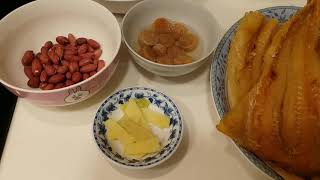 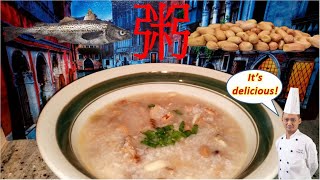 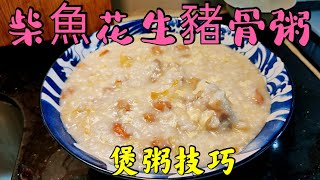 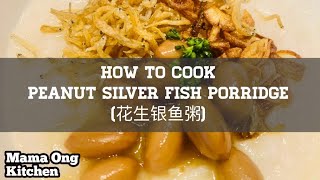 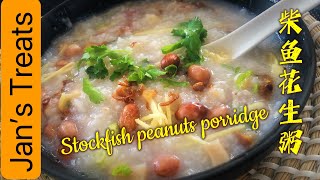 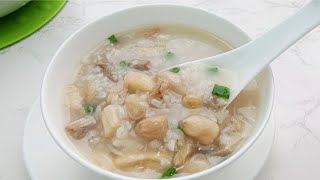